A downloadable game for Windows

Amor Ex Machina is a 3D stealth/puzzle game for PC in which you play as Gabriel, a robot with thoughts and emotions. Sneak, disable, and take over guards to make your way through a robot facility to save Gabriel's kidnapped partner.

Amor Ex Machina is a vertical slice project done over the course of eight weeks by seven game design students studying at Uppsala University. The game is taking part in Gotland Game Conference 2020!

Once, GB-4131 was a mindless sentry following the orders of an AI controlling a facility of a corporation creating robots. Unexpectedly, GB-4131 began to overtime break free from the routine, slowly starting to think for himself.  He was scrapped instantly, his independent thinking considered a threat to the organisation. Perhaps they were right to be cautious.

In a pile of scraps, GB-4131 was found by a local mechanic scavenging for parts, known as Matthew. Matthew took GB-4131 in, fixed him up, and gave him the name Gabriel. Unlike the other humans, the discovery of Gabriel's independent thinking was met with awe and delight. Matthew made it his mission to let Gabriel discover himself. He gave him a place to stay, a place to grow and unknowingly taught him a thing or two about love.

During their peaceful days together, Matthew began to dig deeper into the company that had created Gabriel, and found the company was behind a vast array of unspeakable things and illegal activities. Matthew was ready to expose the company's dirty secrets but was found out and kidnapped from his and Gabriel's home, leaving behind devastated Gabriel. The company was once afraid that Gabriel's independent thinking would cause them problems, and they were right. Gabriel is going to bring back home the man he loves no matter what the cost.

DISCLAIMER! This game is optimized for a default PS4 controller and the controls might therefore not function properly with other controllers. You can always play the game with keyboard and mouse. Also, note that having a controller plugged-in will disable mouse input.

Disable Guards
Sneak up behind guards to disable them. When a guard is disabled they do not move and will not react to your presence. Be careful though, because other guards can come and reactivate them.

Guard Takeover
You can take over the last guard you disabled. When you take control over the guard you leave your body and transfer your conscience into the guard's body for a limited amount of time, giving you the chance to explore the area unnoticed.

Distract Guard
When you are in control of a guard you can use the distraction ability to call over nearby guards to the current location of the controlled guard.

Door Unlock
Solve the puzzles located next to locked doors to gain access to the previously locked areas.

The team would like to give special thanks to Ernest Adams for help with the script and narrative!

Anette Essel as the AI

If you would like to contact us you can do so on Itch.io or via email: amorexmachinagame@gmail.com 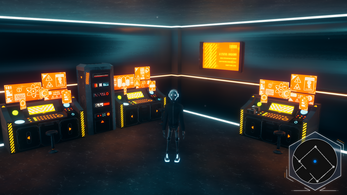 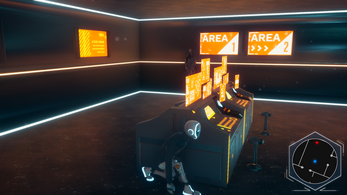 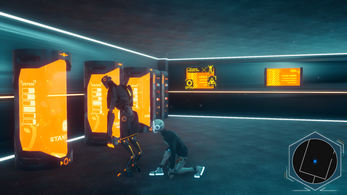 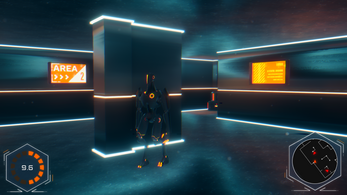 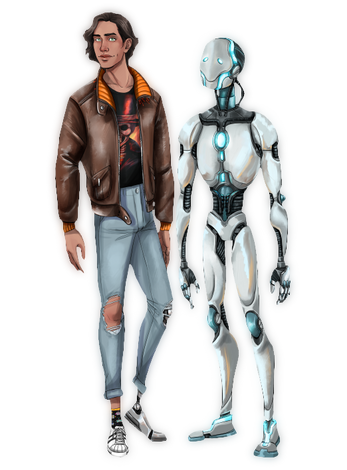